Medical Marijuana in California: Learn Which Counties Are Allowed 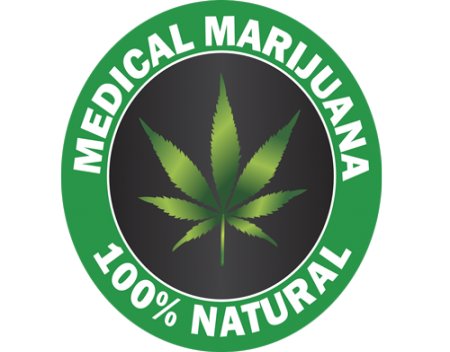 In the United States, it is the state of California that pioneered the legalization of medicinal marijuana. Under state laws, a person who can meet specific requirements can get marijuana legally with a doctor’s recommendation. Recreational use has also been legalized in the state, but all marijuana use remains illegal under federal law.

It’s surprising that many cities and counties still prohibit the or regular dispensaries and cultivation of marijuana. However, counties and cities may have their own unique ordinances.

Currently, the 58 counties in the state are updating and establishing their local policies on Cannabis retail, cultivation, and manufacturing laws with frequency, almost on a daily basis.

Here are the counties that ban medical marijuana, which means there is no cannabis activity permitted within the county as defined by the local regulations or ordinances:

Approved for cultivation, manufacturing, and retail

Also, if you are under 21 years old, you will need a doctor’s recommendation to buy marijuana. However, you should keep in mind that doctors don’t prescribe marijuana because, as mentioned, the federal law prohibits the prescription of Schedule I drugs, which includes marijuana.

Instead, doctors can recommend medical marijuana for certain conditions, such as:

… and other medical conditions which marijuana can provide relief. Some of the other conditions for which medical marijuana is recommended are insomnia, anxiety, PTSD, and depression.

Individual patients can acquire up to six mature or 12 immature plants and eight ounces of dried cannabis. Patients can grow their own marijuana. On the other hand, they can purchase it from licensed dispensaries.

Keep in mind that dispensaries and companies need to have a license, so make sure you’re buying from a licensed dispensary.

In addition to that, cities and counties can raise their quantity limits should they choose. Moreover, they can impose zoning restrictions that may affect dispensaries or outdoor cultivation. Therefore, it’s vital you check your local codes before you purchase or cultivate.

If you possess marijuana, you need to have The California Department of Public Health’s Medical Marijuana Identification Card Program’s (MMICP) Medical Marijuana ID card. There is a verification database used by law enforcement and the public to check if an individual is allowed to possess, grow, transport, and/or use medical marijuana in California.

Here are the requirements to qualify for a medical marijuana ID card in the state:

To apply for a medical marijuana card, you need to fill out an application and you need to reside in the state where the application is submitted. You also need to submit the following documents:

Currently, the feed for the ID card is at $66 per card. Counties may also have fees that vary by county.

Where to Purchase Medical Marijuana in California Legally

To find state-licensed dispensaries through the California Bureau of Cannabis Control. You can also check a friendlier option by checking out legit websites where you can read reviews from customers and see shop menus.

Keep in mind: the state law requires dispensaries to close by 10 pm. Therefore, if you plan to get medical marijuana in the middle of the night, you might want to sleep it off in the meantime and wait.

You can purchase this in various forms, such as flower, pre-rolled joints, or by itself. Also, make sure to bring cash with you because most dispensaries don’t accept credit cards. The amount of money you’ll bring with you will depend on how many you plan to purchase. With that, be mindful of new taxes, because their prices are higher than there were before.

Although medical marijuana is legal in California, it still depends on the county or city you’re in. Therefore, it’s essential you research first and use this information to guide you through the buying process. Acquiring medical marijuana isn’t that easy as you need an ID, which means you also need a doctor’s recommendation to ensure that you are allowed for medicinal use.